My first project in forever!  Seriously.  But this is like 2 in one because I finished the stripes in the foyer and dug out an old bench from my basement.  And believe me when I tell you…it has been down there for at least 5 years or more.  I always knew I would use it eventually because it has great lines.
So lets start with the foyer before. 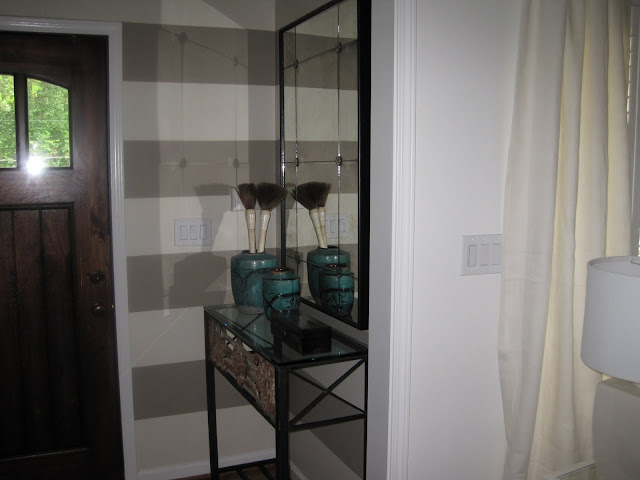 See that black box on the glass console?  Well that is where we put our keys when we walk in the door.  It is a very important container because if my husband doesn’t put his keys there, then they are lost in the bowels of the rest of the house and the search will begin.  By me.  BUT……
I was tired of that look and wanted to try something new.
So the stripes got repainted. 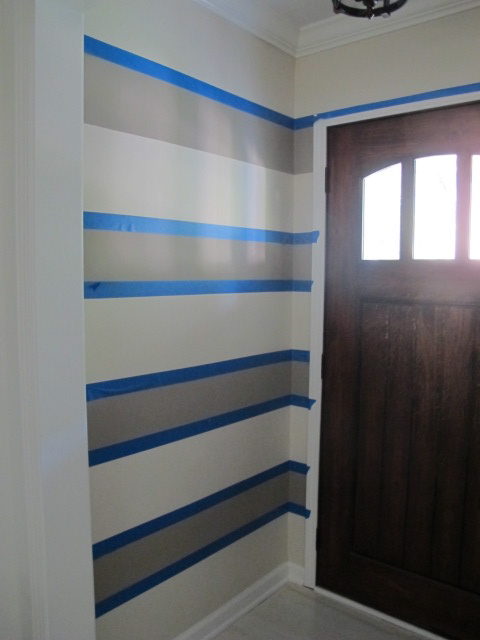 These were cream and kind of a gray with a hint of pink. 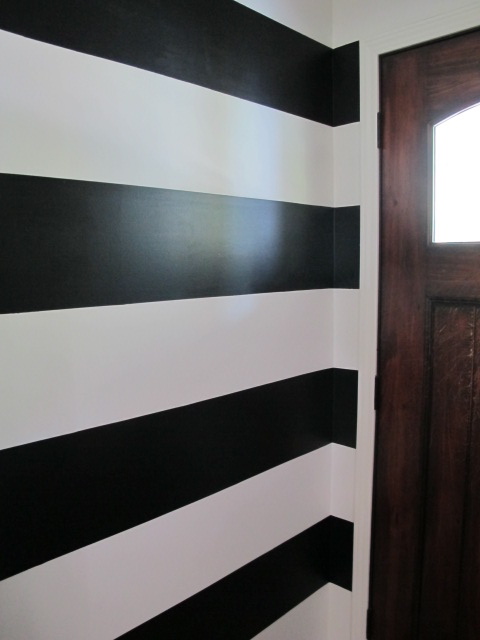 To black and white!
Then I moved out the console and this is where the trouble begins.  I wanted to put this bench in it’s place. 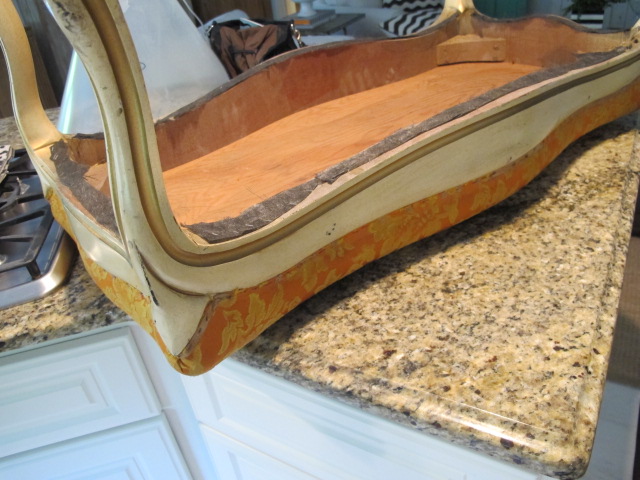 Pre makeover.
And move this mirror to the foyer. 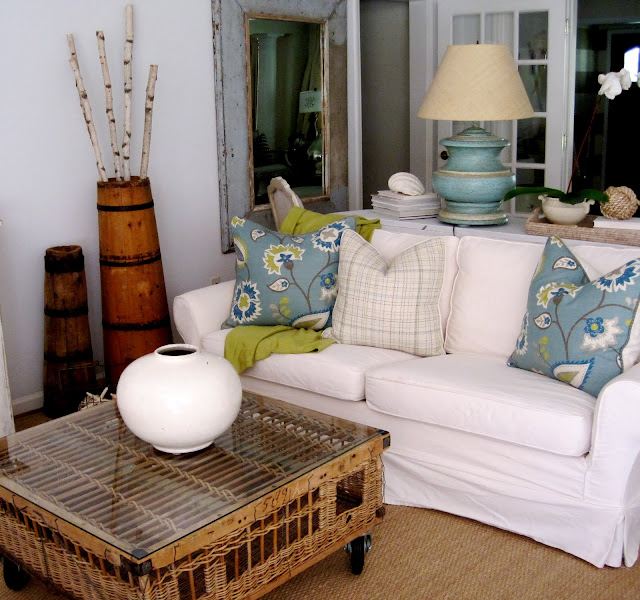 The big shabby blue one in the background.  But Mr. H said no…he did not want to bend down to get his keys. crickets.  huh.  AYKM.  Lame excuse.  I’m doing it.  The exercise will be good for you.  Remember to use your core when bending.
So here are a few pictures of the bench makeover.  Mind you I really had no idea what I was doing on this one.  Let’s start with paint.  Chalk paint in Graphite.  Well that was after I killed the small colony of spiders underneath the sucker….or rather Mr. H did and then took off the welting…..or rather Mr. H did and then took out the bajillion staples….OK…he did that also.  But then he left because he saw where this was going and would rather sit in a cool office then do manual labor.  His parting words were “I think you should take this to a professional”…..oh ye of little faith. 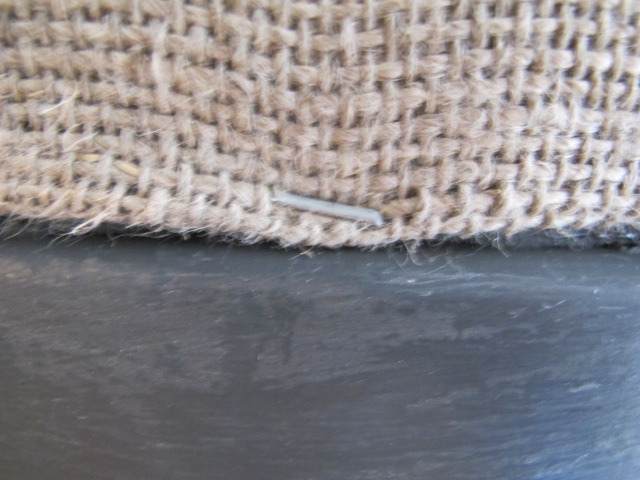 Here is a closeup after the paint and wax.  The fabric looks like burlap but it is actually a burlap and linen blend.  Less scratchy.  Also in this picture I wanted to show you that I put 4 staples in to hold it in place before I started hot glueing. 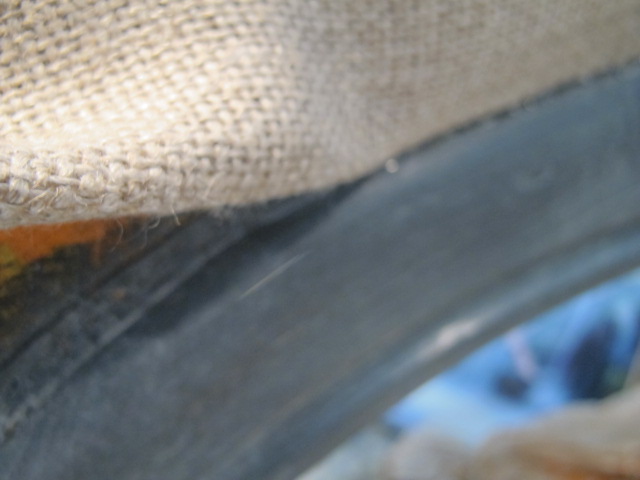 Then I just folded it and glued small areas at a time right along the edge.  That dang glue is HOT as a MF.  Danger. 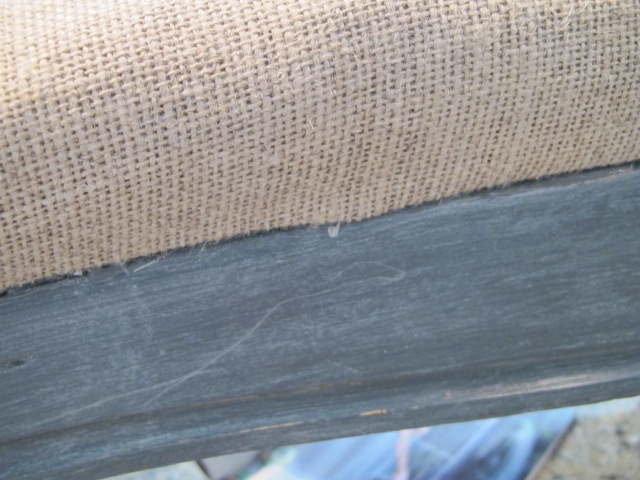 There she is glued.  It was a little tricky because she has curves….like me 🙂 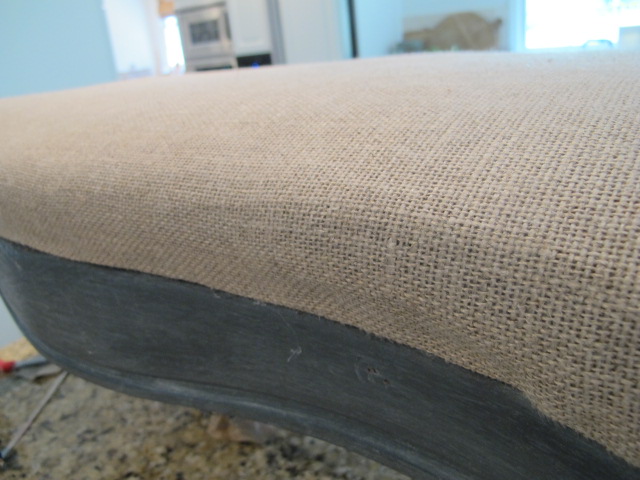 Looking better than I thought. 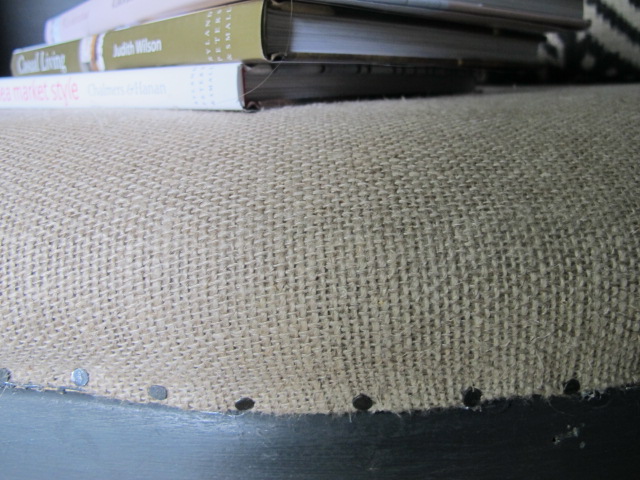 Then I removed the 4 staples and use small upholstery tacks about an inch apart. 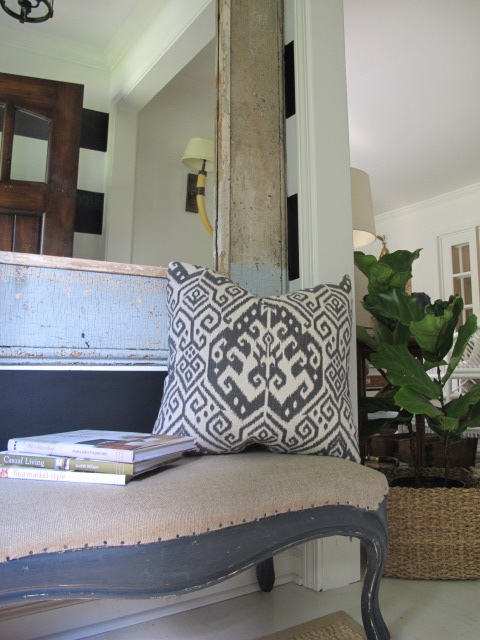 Hung the mirror and here she is! 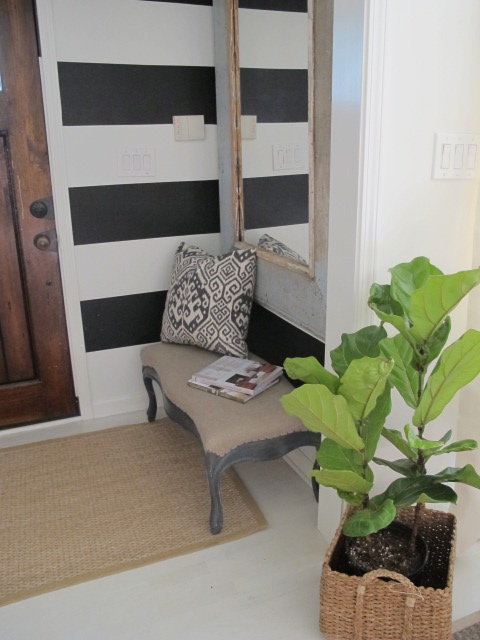 For some reason it makes the SMALL foyer look larger.  There used to be a closet where the bench is and I took it out.  Who cares about hanging coats.  [Let me know when you get tired of me saying…see those pretty white floors!] 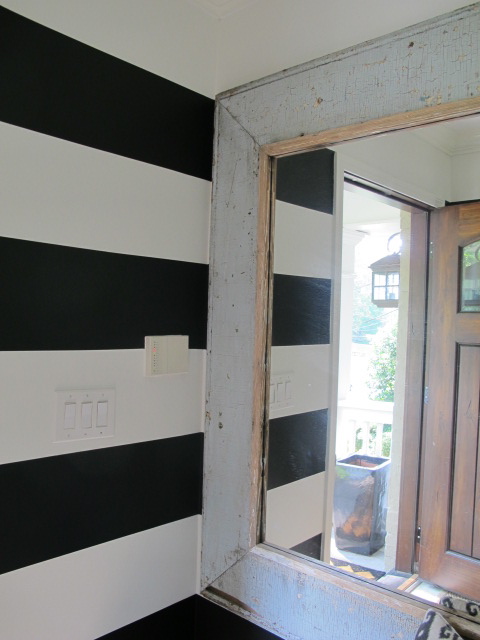 The mirror just fit with about a 1/2 inch on either side!  See my empty pot outside the door?  Yeah had some large ferns there but killed them. 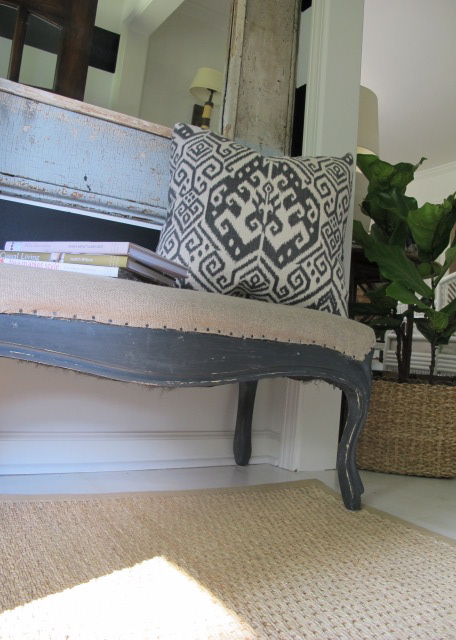 I would clean up all the fuzzy stuff but you really can’t see it.  Now I have to figure out a new place for the keys.  It’s always something.
Phew….it feels good to have one room done.  Don’t forget about the giveaway…check it out here
Happy Wednesday!
Sherika
Sha Ray
Sha Dazzle
or just plain….

ANOTHER TRIP TO MADISON