Fall Sunday Supper and a “smackdown”

Smackdown you ask???  This might not be funny to you but it literally had me in tears….
Last night I heard my husband making some noises and I looked over.  It appeared  like he was doing a dance or something.  He was stomping and then flicking something off his pants.  Then he started laughing and I got interested in this turn of events.
He said there was a roach or what he thought was a roach and he was trying to kill it.  Then in some strange way it “flicked” up to the side of his pant leg and he was trying to get it off, [the dancing part].  It wouldn’t budge and as he got closer this is when the giggling started.
You know how when people start laughing and they won’t tell you what happened???  I am standing there going “what…..WHAT?”  Finally he spilled the beans  and it turns out he was trying to kill a pillow feather. 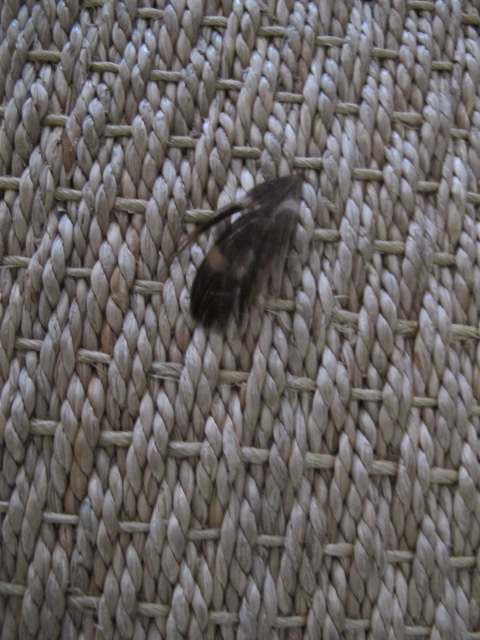 Here is that dang feather that wouldn’t die and stuck to the side of his pant leg.  People, I laughed for a solid 10 minutes.  I am still laughing as I write this.  Looks almost like a bee to me 🙂
On to Sunday Supper.  Jan’s beautiful backyard.  Actually this post will be more about the backyard than the supper because once I started eating, I forgot to take pictures of the food. 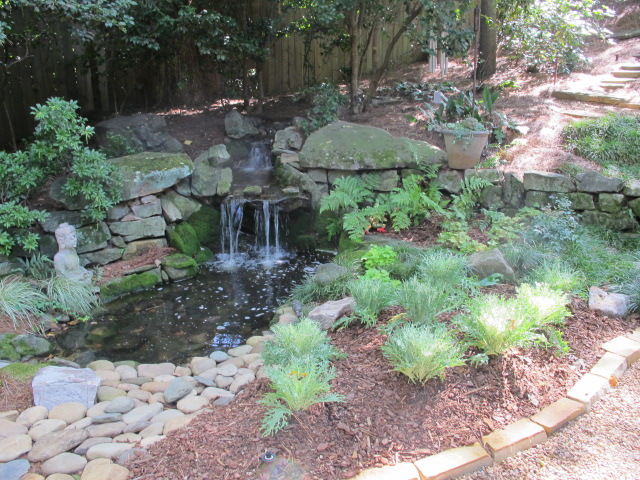 Is this not beautiful? 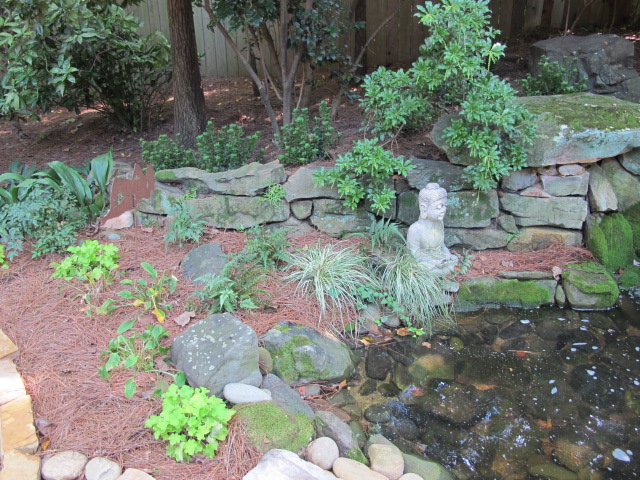 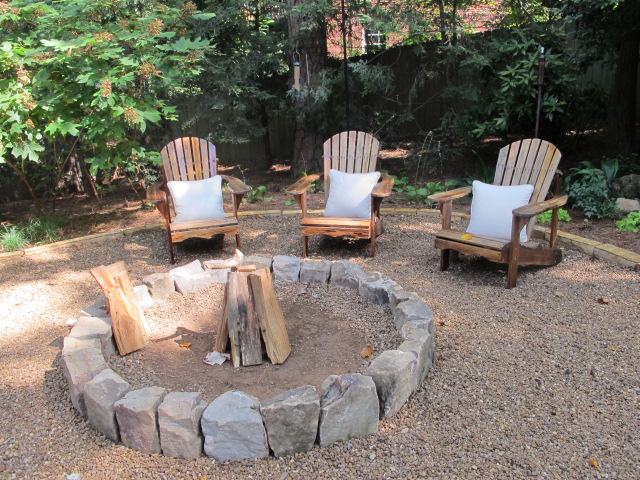 She just had the fire pit put in. And when is it supposed to cool down????? 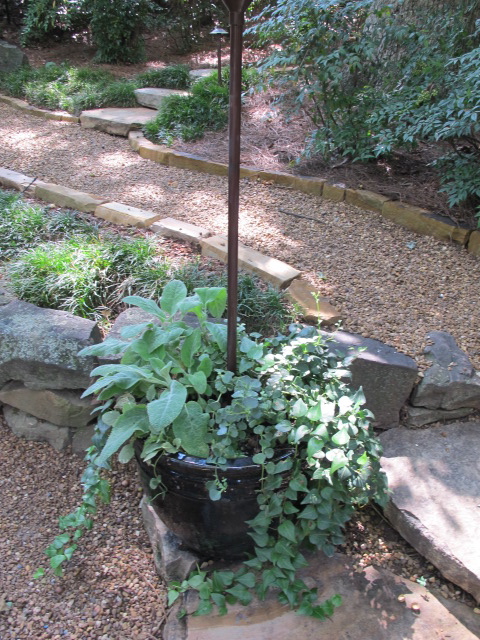 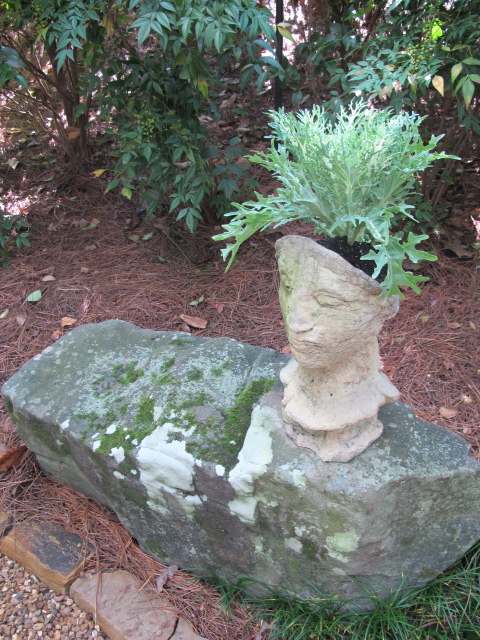 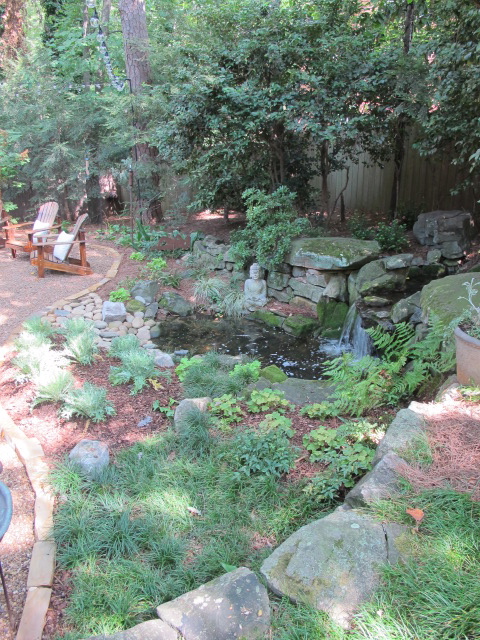 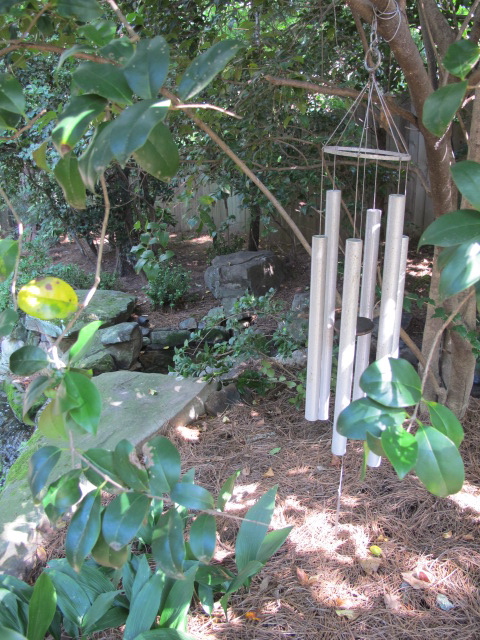 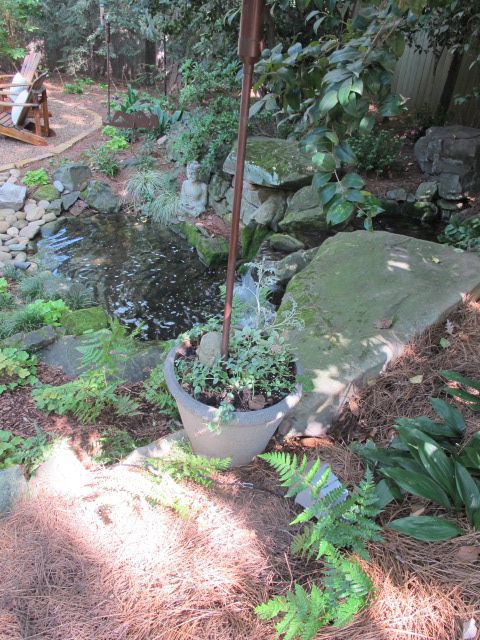 The best part is coming…according to me! 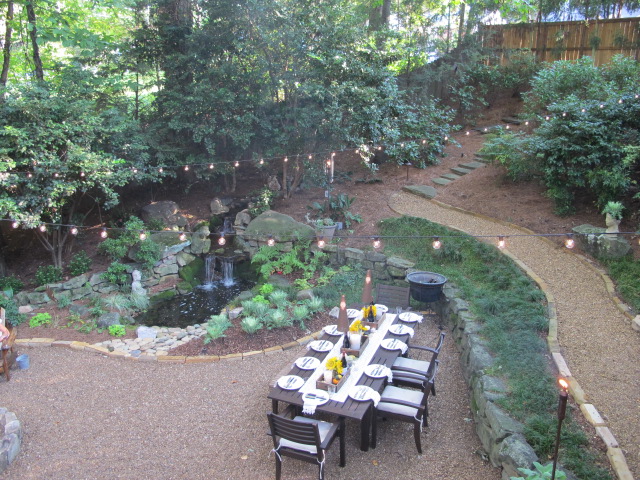 The party lights!!!  On a dimmer no less….She just had these installed.  Cause I said she must!!!  Jan said they look like Cinco De Mayo.  I said “No they would be colored and flashing then”.  I wanted it to look like the backyard on the TV show Parenthood!   See that torch in the RH corner?  Well there was another one at the bottom of the stairs and I flicked my hair and realized I almost caught it on fire!  Not to self…don’t get drunk tonight. 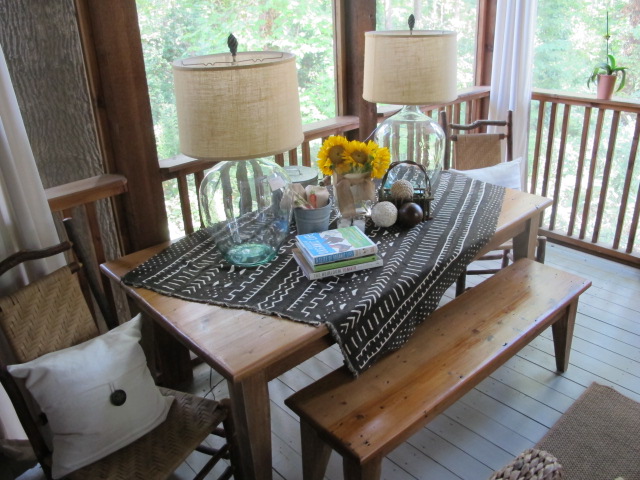 This is where we used to have Sunday Supper….. 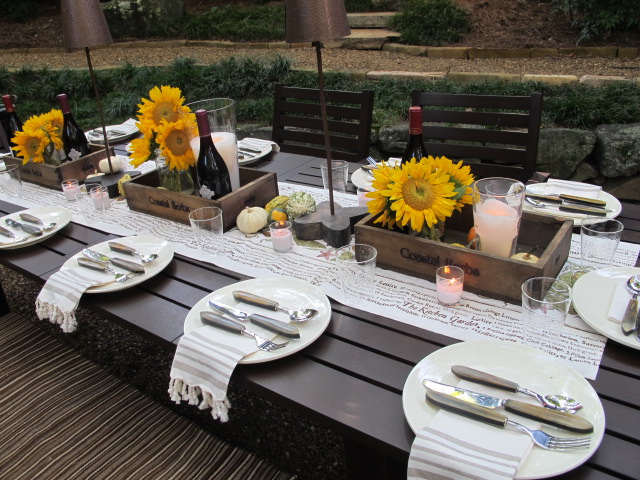 But I gotta tell you…..this was fabulous.  AND…just in case you were wondering…no mosquitos either.  You don’t have a backyard that pretty and not have it sprayed once a month.
It was awesome.
On to Wednesday….Let’s “get er done” people!!! 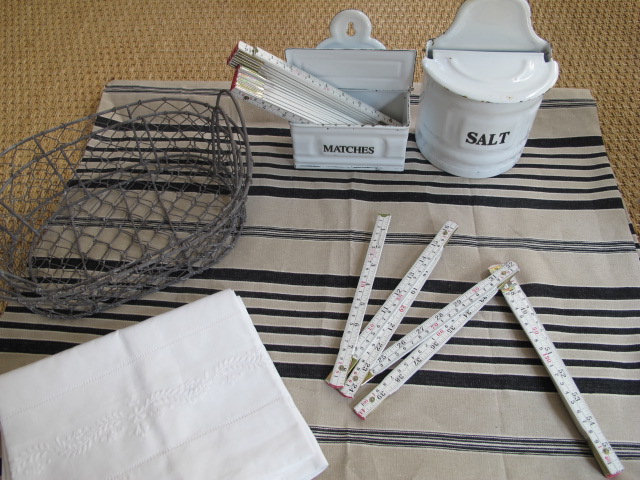 Don’t forget about the giveaway!!!  Go here
Also I am guest posting at Casey’s blog Loft and Cottage today.  I am putting a bathroom together for one of my clients!  There is so much more goodness there….so go take a look.

My weekend and a reminder….

before and after bookshelves rose kipper interiors styling styling bookshelves