Lets get right down to it.  I wanted to be like Oprah and say [like she does on the “favorite Things” show] “You are all getting one”!!!   But I only have one so that would not work.  So here is the winner: Rachel Gill.  She has just started a blog called Gilly Grey literally 3 days ago!  She is going to think winning is easy 🙂
My husband is out of town for the weekend so I think I will go to some flea markets and thrift stores.  Here are a few pictures I found the other day at Antiques and Beyond on Cheshire Bridge Rd here in ATL. 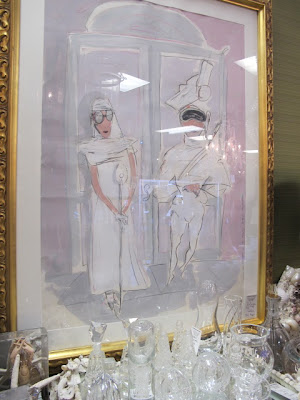 Pink is all the rage……more 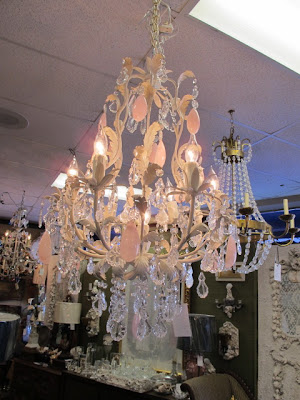 This chandelier with the pink crystals…. 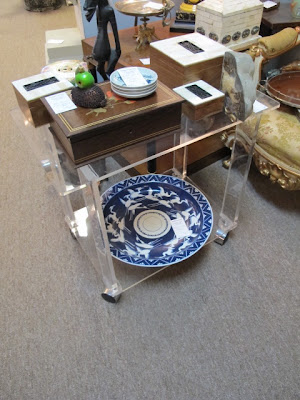 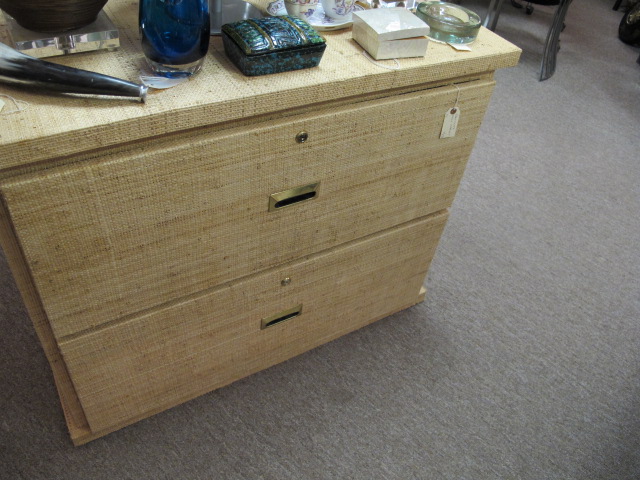 Cool chest covered in raffia.  Really wanted.  I could do this but I am too lazy. 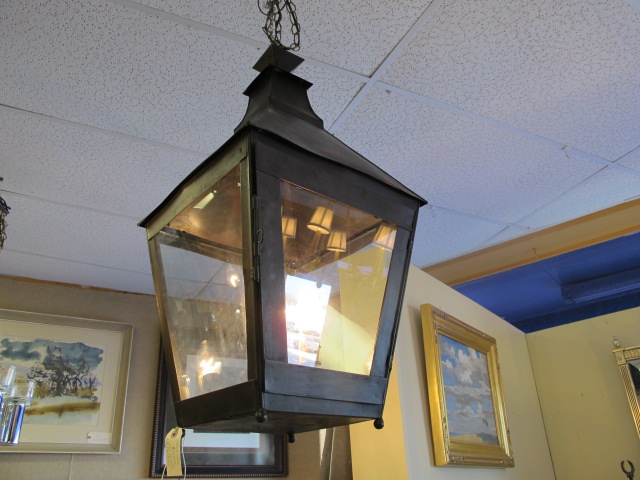 Old lantern.  I want to change out my DR chandelier….it would be my 3rd change in 18 years.  Why can’t I just be happy.  I am happy.  Why can’t I be satisfied with what I have.  I am….just bored. 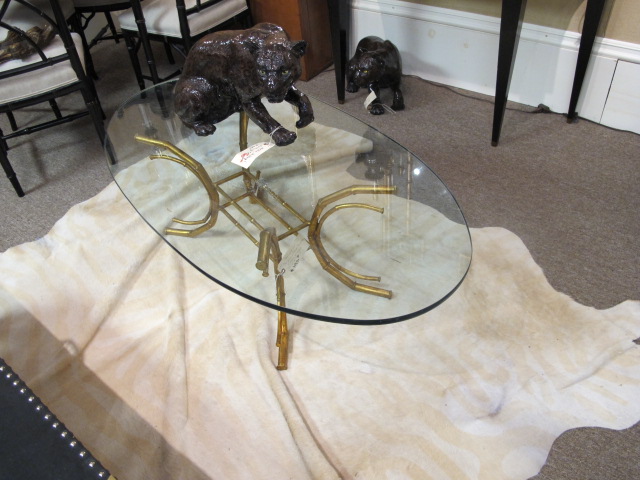 I do want a new coffee table in my LR.  Something a little retro, maybe brass.  I am full of wants aren’t I.  But I can change it because it is 15 years old.  It is only my second one…..
You know, we don’t always get what we want…like I say to my husband when he says “I want you to do your taxes this weekend”  I say…well I want an IPad and I’m not getting what I want ????? 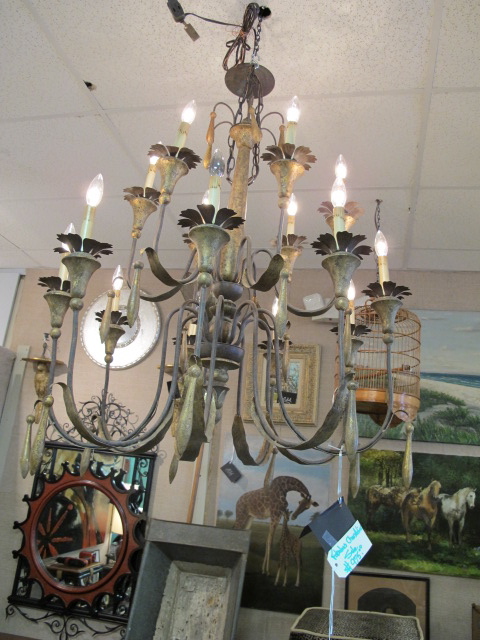 Another little beauty.  Just waiting for a new home.
Is this not the cutest face???? 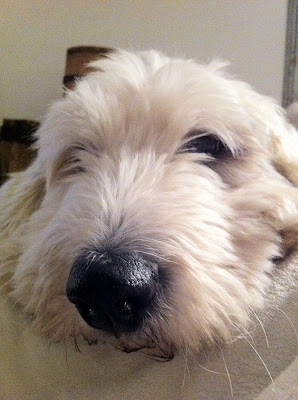 This is what she got her paw caught in a few months back.  Yep…uh huh.  I coyote trap that somebody set on the nature trail in my neighborhood.  Is your mouth still open?

If you don’t think this is a story……let me just say “drama”!  There is a small hill on the trail and I was at the top with my other dog and I heard this really loud wail.  I thought it was a cat.  I kept hearing it all the while I was whistling for patches to come.  Then I went stomping back down the hill to see where she was and I saw her laying down.  I realized then that it was HER making that noise.
As I got closer I thought…”dang it’s a snake”  But when I walked up I just looked at it like WTF is this????  I tried to open it…are you kidding me…at that moment I started to panic.  I am looking around, thinking what the heck am I going to do while she is wailing in my face.  SO…literally I just braced myself and it was like I was the “green hornet” for a minute.  It opened a little and she whipped her paw out and went running.  She was fine…me on the other hand, I was still sweating.
I just stood there in shock.  Then I started following it to where the base was and pulled it out of the ground.  I was so confused, thinking it was from the civil war or something like that.  I mean I walk this trail EVERY day.
As I finished my walk through the trail and around the block, I got home and called my friend Jan.  Now SHE is the ultimate animal lover.  Remember…I really did not know what it was or why it was there.  She came flying over and flipped out.  It looked rusted and had leaves and pine straw all over it.  It looked MEAN.
As it turned out there was a neighborhood meeting that very night.  She jumped on her scooter with the trap and headed there.  Oh yea…all fired up.  Ready to whoop some ass.  Long story short….after she explained the event with as much drama as she could…I was getting phone calls all week asking if Patches was OK….AND…all traps were removed due to the fact that they had NOT gotten a permit!
Here is my thought…say you catch a coyote.  AND….he has been trapped and he is HUNGRY and PISSED off that he is stuck.  Then what will you do.  Some people do not think things through…..
So…we have a winner…some pretty flea market finds and a story. 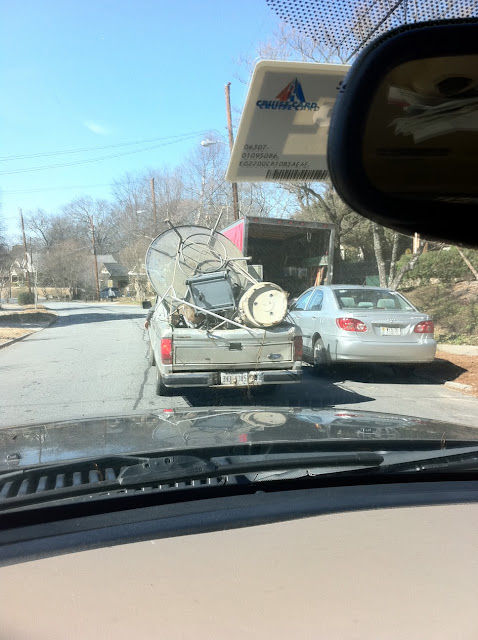 Now if you see this riding around this weekend….then you know I had a successful time hunting for treasures.  Wave and say HI…..
Hope you have an awesome weekend.